How to Tell When Someone is Lying: 7 Signs

How to Tell When Someone is Lying: 7 Signs It’s always hurtful to find out that someone you care about has been lying to you, but sometimes it’s necessary to catch a liar in the act. After all, if someone is repeatedly lying to you, it’s probably because they don’t respect you or value your relationship.

Lying is an evasion of the truth. It is a form of deception, and it is done in order to gain an advantage or to avoid something. There are many different ways to lie, and many different reasons why people might do it. But there are also some telltale signs that can help you figure out when someone is lying to you.

So if you think that your spouse is lying to you about something, or if you’re concerned that your child is not telling the truth, here are some ways to tell if someone is lying:

7 Ways to Tell If Someone Is Lying Avoiding eye contact is a common sign of lying. When someone is telling you a lie, they might have a hard time looking you in the eye. This is because they feel guilty and are afraid that you’ll be able to see the truth in their eyes.

For example, if you’re confronting something to your spouse and when they answer, they don’t look you in the eye, this can be a sign that they’re hiding something from you.

Of course, it may not be always the case. Some people simply avoid eye contact when they feel uncomfortable or anxious. So, you need to take this sign with a grain of salt.

However, this can be a strong indicator that someone is lying if it’s accompanied by other signs on this list.

2. They change their story.

If someone is lying, they might change their story over time. This is because they’re trying to remember what they originally said and make sure that their story doesn’t conflict with the evidence. If someone’s story changes, it’s a sign that they’re not telling the truth.

Especially when you know the truth and someone changes their story, this is a definite sign that they’re trying to deceive you. This happens a lot in relationships when one partner is cheating on the other. They might keep changing their story about where they were or what they were doing in order to cover up their tracks.

3. They make up excuses.

When someone is lying, they might make up excuses to try and explain away the evidence. For example, if you catch your spouse cheating, they might try to make up an excuse like they were working late or they were at a friend’s house.

If someone is repeatedly making up excuses, it’s a sign that they’re not being truthful. What you can do is to ask for proof next time they make an excuse. For example, if they say they were working late, ask to see their work ID or pay stubs.

If he gets angry or defensive when you ask for proof, this is another sign that he’s lying.

When someone is lying, they might get defensive when you confront them about it. They might try to turn the tables on you and make you feel like you’re the one who’s in the wrong.

This may seem like a childish act, but some people do this in order to deflect the conversation away from themselves. They’re trying to make you feel guilty so that you’ll drop the subject.

Most of the time, they will be very angry about it and will start to raise their voice. If someone is getting defensive, it’s a sign that they might be hiding something from you.

5. They touch their face.

When someone is lying, they might unconsciously touch their face or their mouth. This is because they’re feeling guilty and they’re trying to comfort themselves.

For example, they might bite their lip or play with their hair. Or, they might touch their face a lot while they’re talking. If you notice someone doing this, it might be a sign that they’re not telling the truth.

They also might cover their mouth when they laugh or fidget with their clothing. It may seem like they’re trying to hide something from you.

6. They have a hard time speaking. 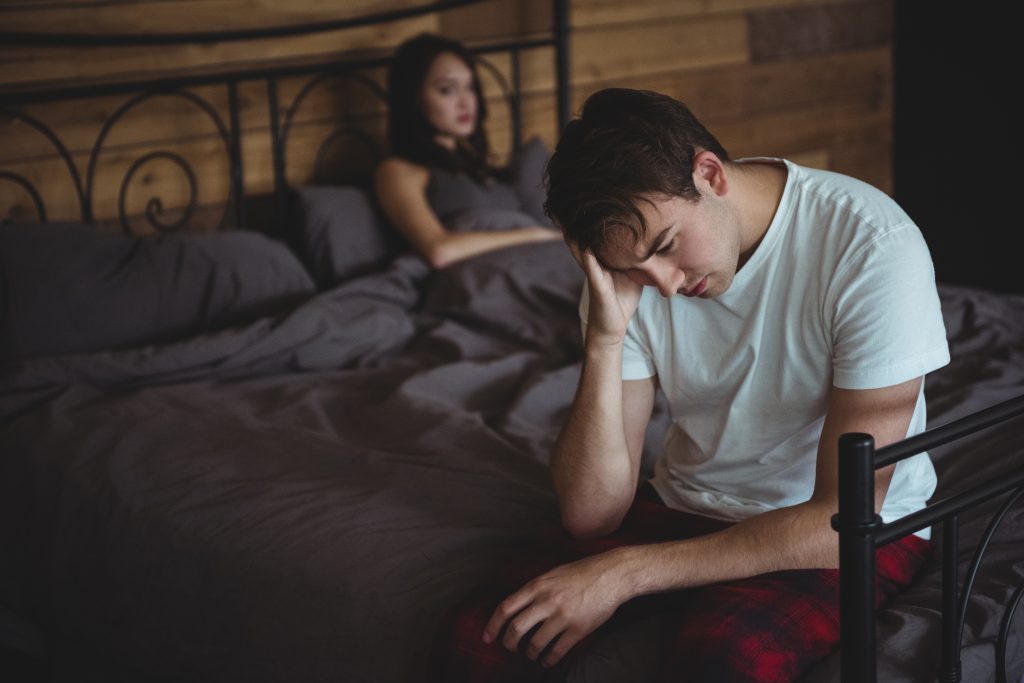 When someone is lying, they might have a hard time speaking. This is because they’re thinking about what they’re going to say and they don’t want to slip up.

For example, they might stutter or hesitate before answering your question. Or, they might speak in a higher pitch than usual. If you notice someone doing this, it’s a sign that they might be lying to you.

7. They avoid answering your question.

When someone is lying, they might avoid answering your question directly. Instead, they might try to change the subject or deflect the conversation away from themselves.

This is one of the tested and most common signs of lying. If you notice someone doing this, it’s a good sign that they’re not being truthful with you. They will slowly try to shift the conversation to another topic to take the focus off of themselves.

It’s just what most people call “red handed.” It’s not usual to see a person try so hard to avoid a certain topic, so if you sense this, then it’s a positive sight that they are lying.

Get in the Bottom of It

If you think someone is lying to you, and they’re just being defensive, then getting strong evidence is the best way to confront them. This will help you get to the bottom of things, and they’ll have a harder time denying it if you have concrete evidence.

Hiring a private investigator will help you get the evidence you need to confront the person who’s lying to you. At Triumph Australia, we have a team of experienced and professional investigators who can help you get to the bottom of things. Contact us today to learn more about our services.

Have a confidential
discussion with us today

Triumph Australia is an Australian company that provides quality and cost effective investigation services. We have over 167 Specialist investigators operating throughout Australia with additional contacts Internationally, all managed with a broad range of both technical and administration support from our Sydney based Head Office.

With an excellent team of Elite Investigators with many years of experience, we definitely have the know how to bring you the results that you are seeking